More than just a Painting Company
~ We cater to fine homes ~


More than just a Painting Company
~ We cater to fine homes ~

More than just a Painting Company ~ We cater to fine homes

More than just a Painting Company ~We cater to fine homes~

More than just a Painting Company ~We Cater to Fine Homes 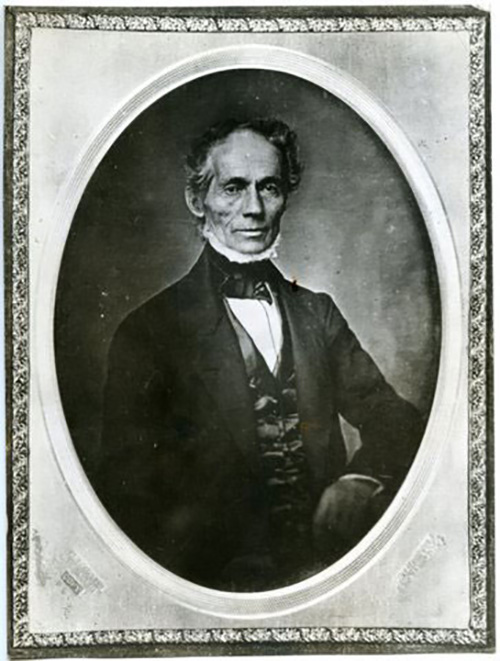 Colonial shipyards and carriage makers usually had their own paint shop where paints and varnishes were custom made from raw materials imported from Europe, particularly England, and the port of Philadelphia was the point of entry for many of the more expensive pigments, including chrome yellow, vermilion (red mercuric sulfide), verdigris (green copper acetate), and Prussian blue (ferrocyanide acid). Schrack actually began his career as a carriage maker but became so well known for his varnishes that he stopped building carriages and began selling finishes.
Some apothecaries in Philadelphia, such as John Elliott on Front Street between Chestnut and Walnut, would compound small quantities of pigments beginning as early as 1754. Elliott built a factory at 19th and Pine Streets in 1812. John Carter began as an apprentice in 1816 and partnered with Joseph Scattergood to buy out the company in 1834. Carter and Scattergood would be known for the manufacture of acids and other chemicals.
The Townsend Duties of 1767 led not only to what became known as the Boston Massacre but maybe also to the beginning of the Philadelphia paint industry. These duties increased taxes on common items like paper, glass, tea, paint and paint pigments like lead which were imported in large quantities from England.(
Samuel Wetherill was a large supplier of wool cloth to the Board of War during the Revolutionary War, a proponent of domestic industry and, despite being a Quaker, an outspoken supporter of the war. His supply of materials to Washington at Valley Forge was considered crucial to the survival of that army - his support of the war effort, however, led to him being read out of the Quaker Meeting in 1779 for disunity. He and his supporters began The Society of Free Quakers in 1781.
He was also a director of the Philadelphia Contributionship, a fire insurance company, and in 1775 became one of the founding members of the United Company of Philadelphia for Promoting Manufactures to encourage domestic industry.

A second factory was built in 1808 at the Goose Pond at 12th and Cherry Streets which produced 369 short tons in 1810. Tensions with England ( Embargo and Non-Intercourse Acts) and the War of 1812 allowed this plant some time to get established, but this facility was burned down also, again allegedly by a British Officer the day before he sailed for England. The factory was quickly rebuilt and by 1830 this was one of the largest chemical and white lead works in the country.
After Samuel Wetherill’s death in 1816, Samuel Wetherill Jr’s sons joined the business which was renamed Samuel Wetherill and Sons. Samuel Jr had purchased Mill Grove Farm in what is now Audubon, Montgomery County from John James Audubon in 1813 and in 1820 smelted over 100 tons of lead ore from small veins along the Perkiomen Creek on this property.

John Wetherill and Company (son of the original Samuel Wetherill?) also began selling paints and drugs near Front and Market Streets in 1807. John, vice-president of the Academy of Natural Sciences from 1834 to 1853, was succeeded by his son George Deacon Wetherill who was also a founder of Philadelphia College of Pharmacy. This firm sold white lead pigments and other products to the Far West using Conestoga wagons. It remained in the wholesale drug business as George D. Wetherill and Company until 1895.

The demand for Schrack's varnishes, paints, lacquer, turpentine, whiting and other products grew along with his customer list which included numerous local and remote coating-consuming companies such as George Wetherill & Bros, the Philadelphia Prison, Delaware shipbuilders, the Baldwin Locomotive Company, the Pennsylvania Iron Works, as well as French carriage makers, and various local churches. Mr. Schrack continued to perfect his products throughout the 1830's and 40's and expanded his markets into the Midwest and Northeast US, and into Canada. The uses for the products evolved as customers began to apply varnishes and paints to building interiors and exteriors, and to the new railroad cars. 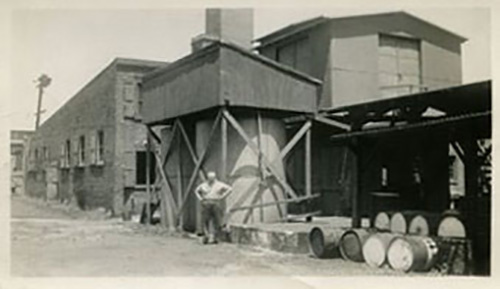 During the Civil War, the company expanded its product offerings to include window glass, palette knives and goods imported from Europe, but the "national affair" brought on inflation and sales declined. They began to expand into Europe and other parts of the US following the end of the Civil War, but were dealt a severe financial loss with the burning of Girard Avenue varnish factory in July 1870. Following the fire, the company opened a new manufacturing plant at 15th and Mickel Streets across the Delaware River from Philadelphia in Camden, NJ. An explosion at this plant in 1899 killed an employee, Henry Upjohn, and caused the company to suffer a severe loss. New factories were built at 15th and Federal Streets in Philadelphia and at 15th and Carman Streets in Camden. The company's client list included Lit Brothers and John Wanamaker retailers in Philadelphia, and the Winnipeg Piano Company. The birth of the automobile industry opened up new markets for the company's products.
At some point after 1945 the original building on North 4th Street in Philadelphia was demolished and the company was relocated to Fort Washington, PA just north of Philadelphia. The company continues in business today as Old Village Master Painters in Gwynedd Valley, PA and Old Village Paints in Perkiomenville, PA.
John Harrison (1773-1833) of Harrison Brothers, was educated in Europe and returned to Philadelphia where by 1793 he was manufacturing various chemicals including “oil of vitriol” (sulfuric acid) at Third and Green Streets. His plant in Kensington produced a half million pounds of sulfuric acid annually. Samuel P Sadtler wrote in the American Journal of Pharmacy
“John Harrison was not only the earliest successful manufacturer of sulfuric acid in America, but the first to concentrate it with platinum. Farr and Kunzi were next in Philadelphia (1822) to follow the lead of Harrison in making sulfuric acid, and shortly afterwards Wetherill and Bros., then (1829) Chas. Lennig, the founder of the present firm of Chas. Lennig and Co., Inc., and Carter and Scattergood in 1834.

Ready-Mixed or Liquid Paint in cans was patented by a Cleveland Company in 1867 but was soon being produced in the Philadelphia region. John Lucas & Co, started at 33 North Front Street in 1848 and had a plant across the Delaware River in Gibbsboro, NJ. Lucas sold “Lucas Liquid Paint”, George Wetherill’s brand was “Atlas Ready-Mixed Paints”, and Harrison Brothers introduced its “Town and Country” paints at the 1876 Centennial Exhibition in Philadelphia’s Fairmount Park.
Lucas’ company was acquired by Sherwin-Williams in 1930. Its Gibbsboro plant was in operation until 1978.

National Brand MAB Paints also had its start in the Southwest section of Philadelphia. Michael A Bruder opened a single store on Passyunk Ave in 1899. By 1926 he had opened a second store across the river in Camden, NJ and had built a manufacturing plant at 17th and Mifflin Streets. This plant, like so many others mentioned here, was destroyed by fire in 1935. A new three story, concrete/steel frame and brick factory factory was built at 52nd and Grays Ferry Ave which includes chemical laboratory, paint making operations and warehouse space. As of 2007, 500 people were here.
Michael Bruder died in 1932 and 3 successive generations of the Bruder family ran the company for a total of 104 years. MAB was acquired by Sherwin-Williams in 2007 but stillretains its brand identity as a business unit of Sherwin-Williams.
The US Paint Industry, born in Philadelphia in the early days of the republic, reached its peak in the region in 1939 when it represented 1.1% of all manufacturing in Philadelphia. This dropped to 0.5% by 2010 while the national share of enterprises in this industry dropped from 5.8% to 1.8%, and employment from 6.6% to 2.3% during the same time period.. This period saw tremendous change, from lead to latex, from pigments and linseed oil delivered by Conestoga wagon to retailers who can match and mix colors in an instant.

More than just a Painting Company ~ We Cater to Fine Homes

Your message has been sent.If you do not receive an auto-reply, please make sure you used your correct email.

We will respond to your message as soon as we can.